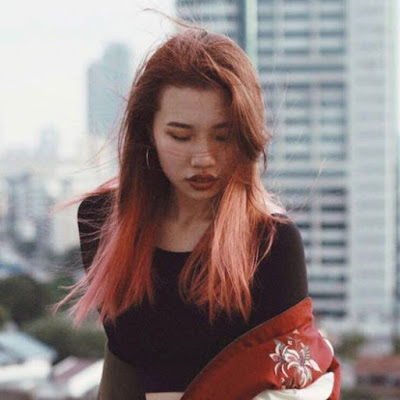 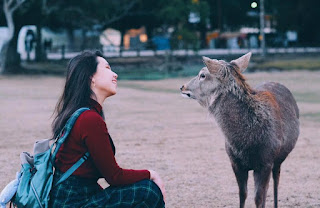 My girl strongly dislikes stereotyping.
She was transferred from an "Elite" class 精英班 to an "ordinary" class 中班 in standard 6. She started to sense some "discrimination" when she was told that only the elite class students were eligible to represent school for English writing competition.
When she was older, she noticed some people assume that the smart ones will go into science class and only the not so smart one will end up taking humanities subjects. And worst still, those who are good at art are usually not so good academically.
She said she wanted to prove them wrong. Hence, even though she loves to draw very much, she set her priority right by concentrating on revisions when exams drew closer. I am glad with her IGCSE straight As (7A* in Art and Design, Economics, Global Perspective, English First Language, English Literature, Combined Science & BM, and 3As in Mandarin, Math and Business Studies) , she has proven that effort does pay off, and everyone has his or her own strength.
Well, if you see a red-haired girl with make-up, please do not stereotype her as someone who loves to party and hates books. She is a book lover indeed.
Well done my girl, I am proud of you.

All 3 of them studied in Chinese primary school, before they went through a series of different education:

Not sure shall I thank or blame our ever changing education system...

But how many choices we had last time?

Yes. It very much depends on the kids. Those hardworking kids will survive academically.

But education is not only about academic achievement!

Do they enjoy their schools, teachers and friends? Are there sufficient facilities and activities for them to take part and unleash their potential? Do they have more dedicated teachers than the less dedicated and inspiring ones? (trust me, every school has good and not very good teachers, but the ratio is different)

I believe every kid is like a seed that requires specific type of fertiliser and environment. Some may be strong in science subjects and others in humanities subjects. But all need a positive and inspiring environment, just like sunshine and water.

If you can afford, are you willing to pay for a better fertiliser and environment for a plant to grow better?
Posted by YuinTing at 8:27 PM 6 comments:

I must admit I was rather worried for my son's A Level result because he did not do well in 2 papers on his 2nd Edexcel Exam. I was so happy when he told me he scored A*AA for his math, physics and chemistry paper. With his result, he has successfully secured a place for law degree in University of Bristol (all 5 universities he applied gave him conditional offer with the condition of A*AA & AAA)

Looking back, he did well on all his major exams, be it UPSR, PMR or SPM. The only paper he did not do well was PMR Mandarin in which he got a D.

However, it does not mean he has no complaint: he did question my hubby and I on the following matters:
1) why we did not send him to international school so that he can "save" one year, just like his friends.
2) why we "forced" him to continue with the mandarin tuition after PMR
3) why we "forced" him to take A level instead of Foundation
4) why we told him to take Pearson Edexcel and not Cambridge International Exams

My reasons are:
1) He showed interest in Law and I know it is good to have a cert for SPM Bahasa Malaysia if he wants to work in Malaysia one day (And I am glad he scored A for that)
2) I want my children to learn Mandarin at least until form 5. But knowing well that he could not cope with SPM Mandarin, I got him private tutor and signed him up as a private candidate for O-Level Chinese first language (And I am glad he scored 78 marks for that)
3) Even though he showed interest in Law, he somehow does not mind Engineering. So, A level is the right choice since he could not make up his mind yet during that time.
4) He could retake paper (module) for Pearson Edexcel. He scored B for 2 papers on the 2nd exam & decided to retake. He did much better on the 2nd time and that have helped him to get an A* for math!

Today, he is grateful with our decisions.
Of course, he has to thank himself too.
He is hardworking, determined and full of fighting spirit.

And I am glad he loves fencing and has learned for 5 years and took part in many competitions even though he hardly won any prizes. He loves music and completed his grade 8 piano last year even though he nearly wanted to quit when he was in secondary one. Oh ya, he loves playing guitar & jamming with his band buddies too!

Son, congratulations to you on for all your achievements (including the muscle you gained through bodybuilding). May you stay happy, healthy and passionate, and continue to work hard and persevere.

Have not been updating my blog for a long time.

Last year, the elder 2 passed their grade 8 piano exam, while the youngest passed her grade 5 and is now pursuing grade 6 while learning cello at the same time. I am glad music is part of their lives and they enjoy it.

The eldest is having a stressful year preparing for his A level exam while the middle kid will be sitting for her O level. The youngest will switch to an international school in September. I am glad they are serious about their studies and I am thankful all of them have healthy hobbies that help to release some of their study pressure.

As for me, I am still enjoying my work and my family. Apart from preparing dinners, I have started making bread since last year. I am glad I am still passionate about life. 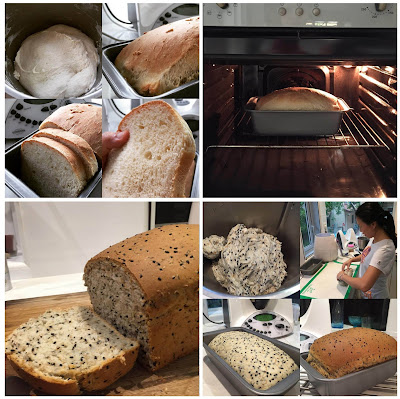 Glad that I managed to churn out 2 drawings too. 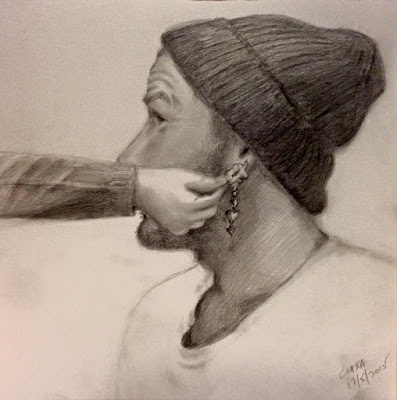 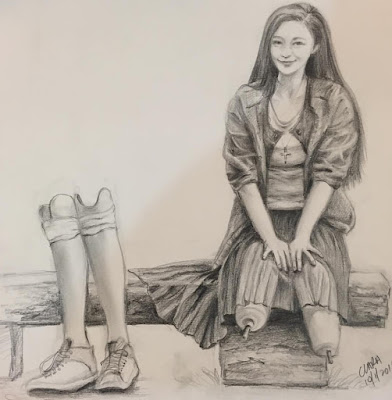 Even my hubby has picked up cooking as a hobby! 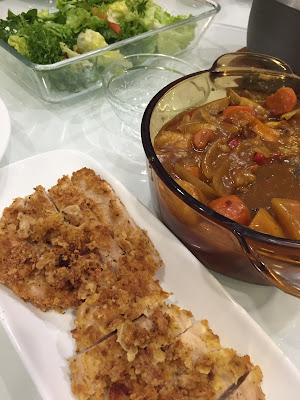 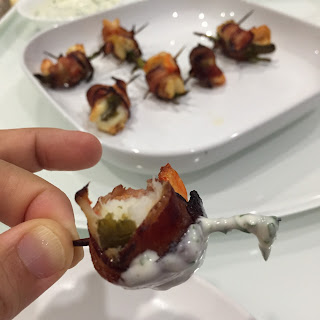 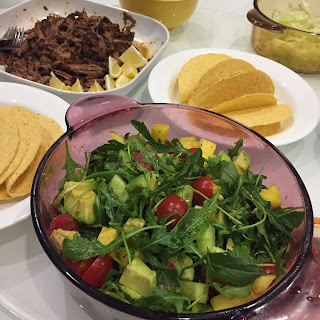 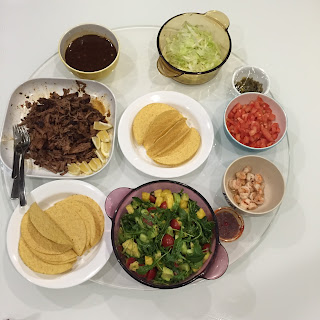 I am glad the house is constantly filled with the smell of home cooked food, the music from different musical instruments, happy laughters & sometimes healthy arguments, and good conversation across the dinner table.

Life is beautiful. I live the life I have imagined. I count my blessings and wish to be a blessing to others.
Posted by YuinTing at 8:48 PM 4 comments:

Time flies... my last update was so many months ago.

I organised a halloween party for my girl & her friends. She ended her primary school life on a high note. 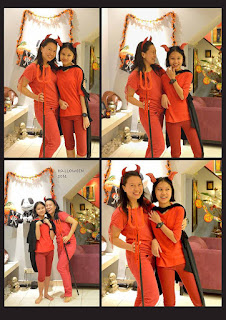 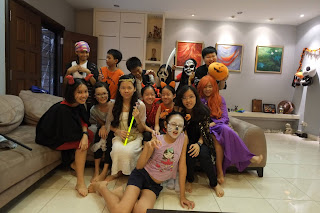 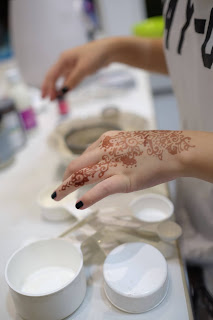 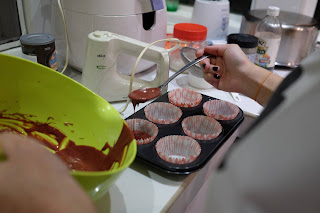 And she made her own dress and blouse 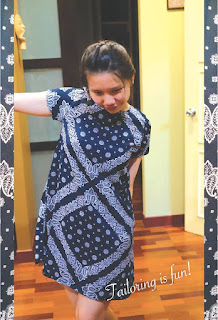 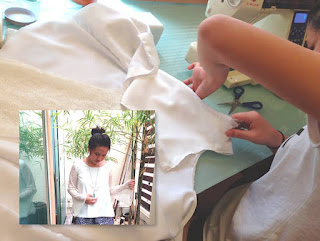 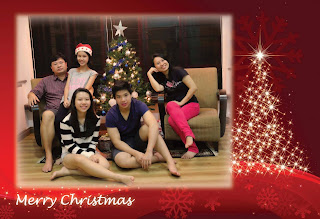 Welcoming 2015 with all my buddies in my BFF's house. They gave me a sweet birthday surprise! 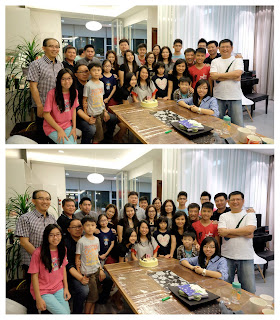 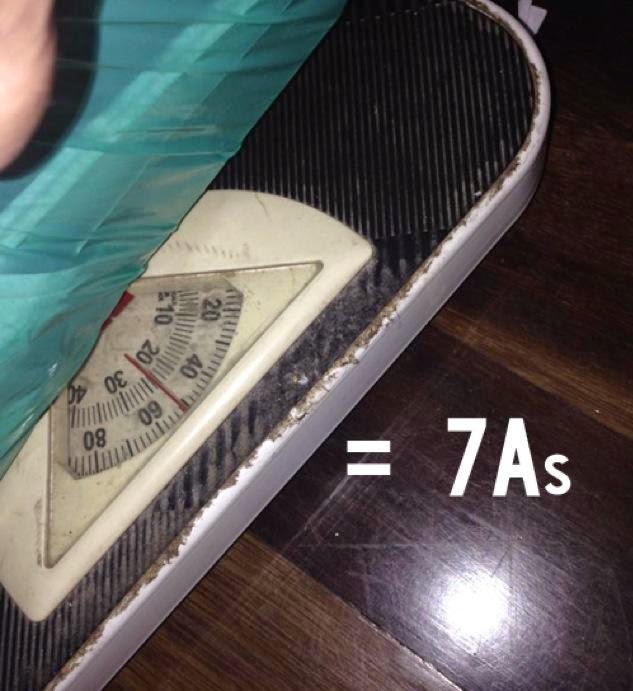 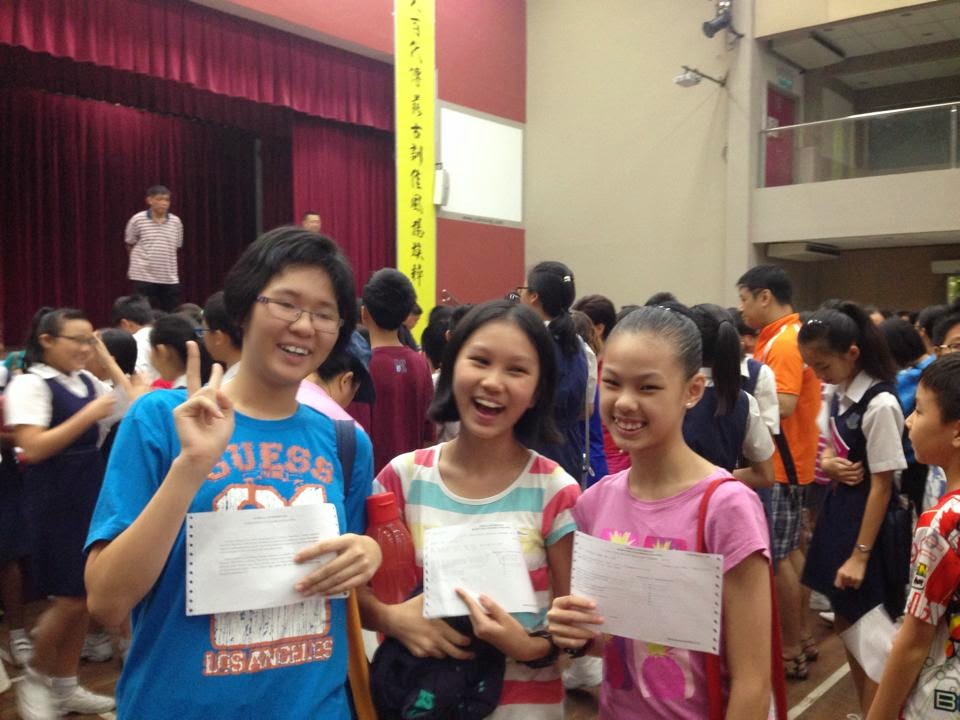 My youngest daughter loves to do workbook, word search and sudoku. When she was younger, she loved to read instruction manual. Her elder brother & sister said she is weird (怪胎).
But actually we know she derives joy and satisfaction from learning.
And she enjoys taking part in competitions.
This year she is one of the winners for the English story telling and story writing competition again.
Best of all, she loves to help others (her class teacher adores her), and gets along well with everyone.
I am glad she enjoys her primary school life very much, and ends it with a high note
by scoring 7As in UPSR!
Well done my girl. I am proud of you.
I am thankful that you are able to study independently without my coaching.
And you have saved me a lot  of money on tuition fees too. (Having only taken BM tuition)
Keep working hard and deriving joy from learning!

Her Poem, My Art

When I was a teenager, I loved to draw based on inspiration derived from song lyrics. Never knew that one day I would pick up my paint brush and pen because of my 15 year-old daughter's poem.

Life is simply beautiful and full of sweet surprises. It is more than what we expect.

MORE THAN
Nobody ever gave her a second look.
with lips a pale pink;
plain green eyes,
dull brown hair piled atop her head,
who would?
she was always bundled up
in her sweaters and knits,
she always had
her nose in a book.
Her glasses fell to the tip of her nose
As from her coffee a sip she took.
But if you took a second glance you'll see
that her hair is of a rich mahogany.
Her eyes filled with fire and passion, an emerald green.
her lips moving as she blissfully recites a passage,
the string of words she uses so eloquently
only entices you so wholly.
When she stands up straight you'll see,
she imposes the regal posture of a queen.
As her long tapered fingers flips a page of a book
or tinkles the ivory and ebony keys,
you'd realise she's so much more than it seems. 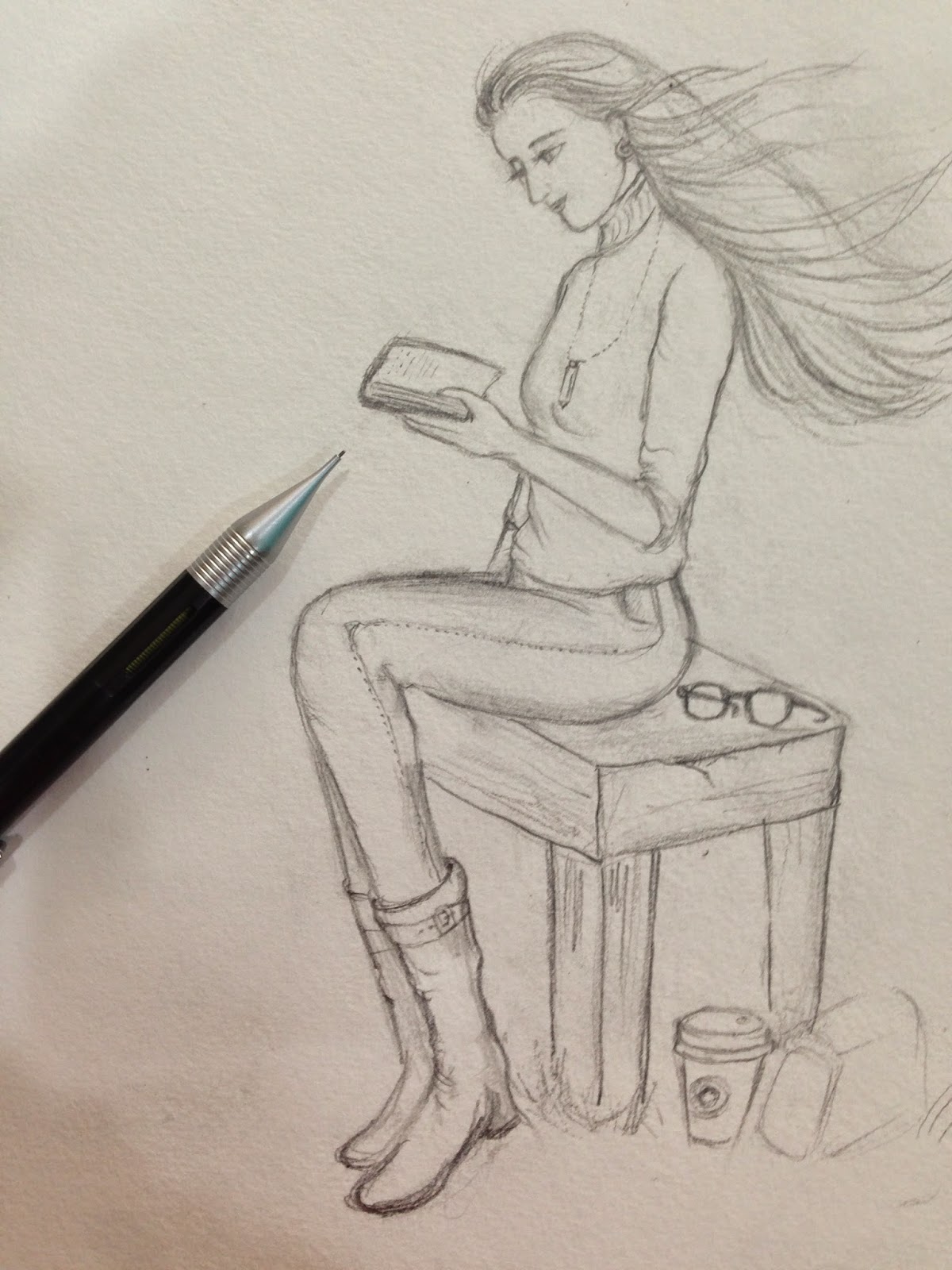 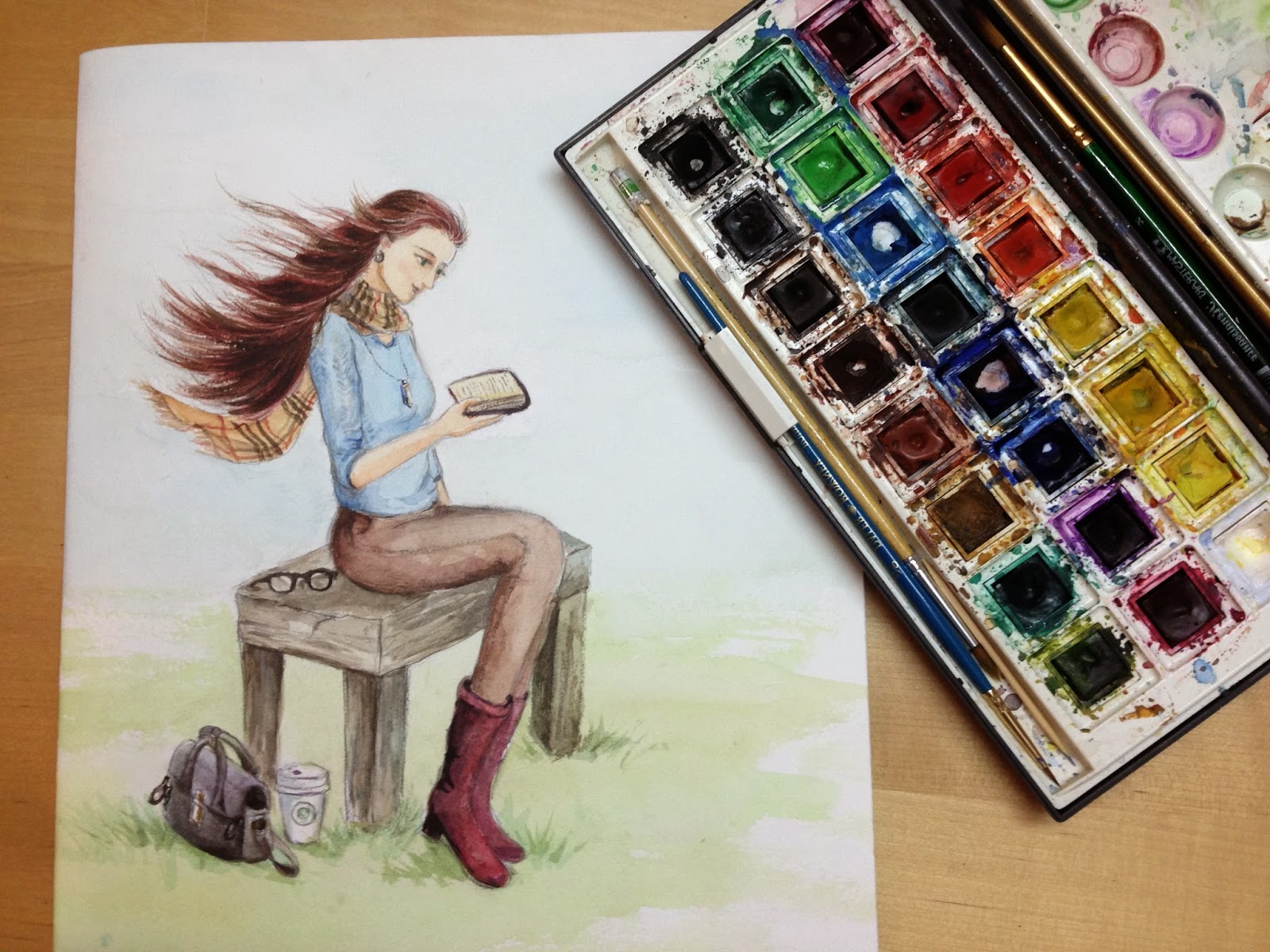 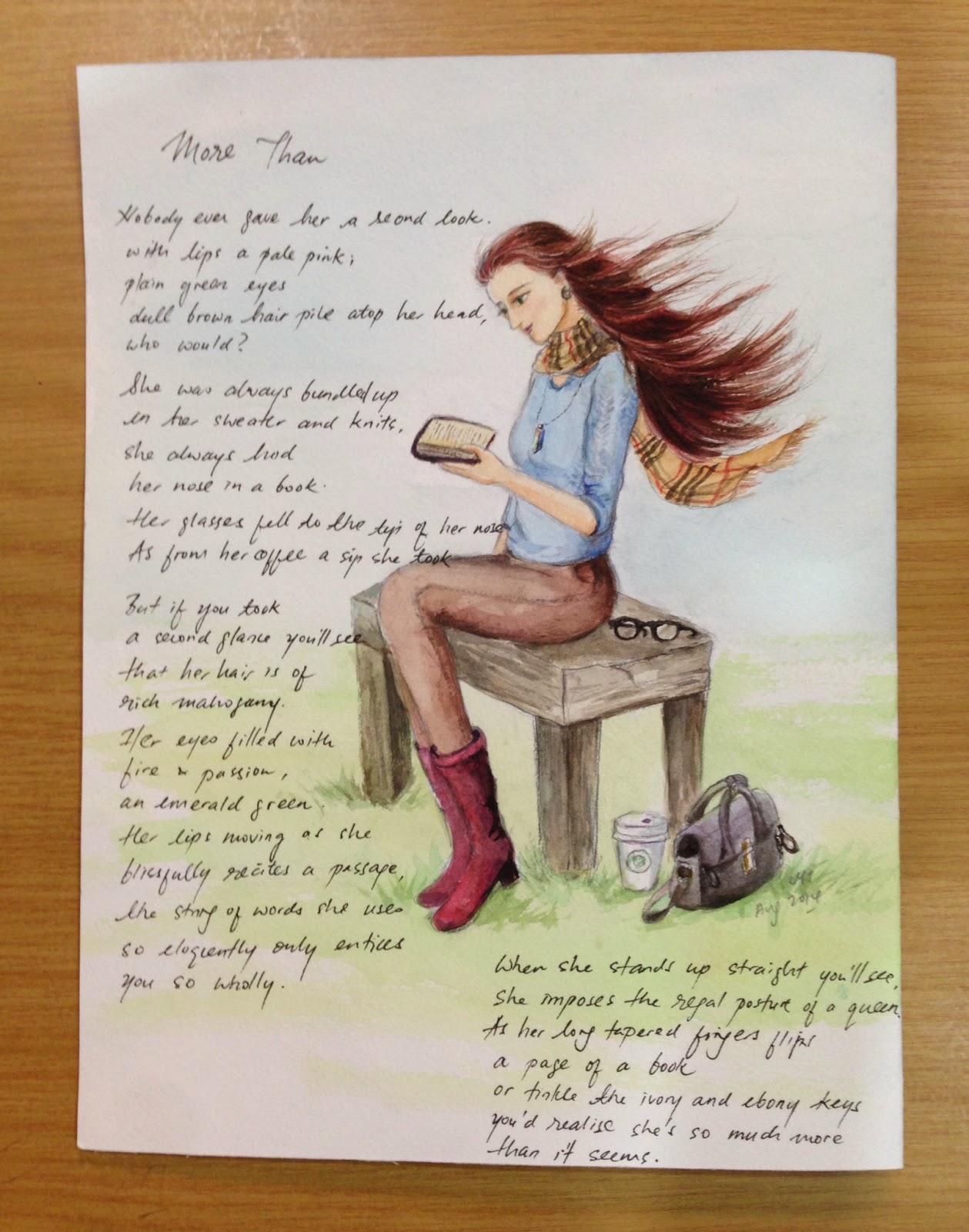 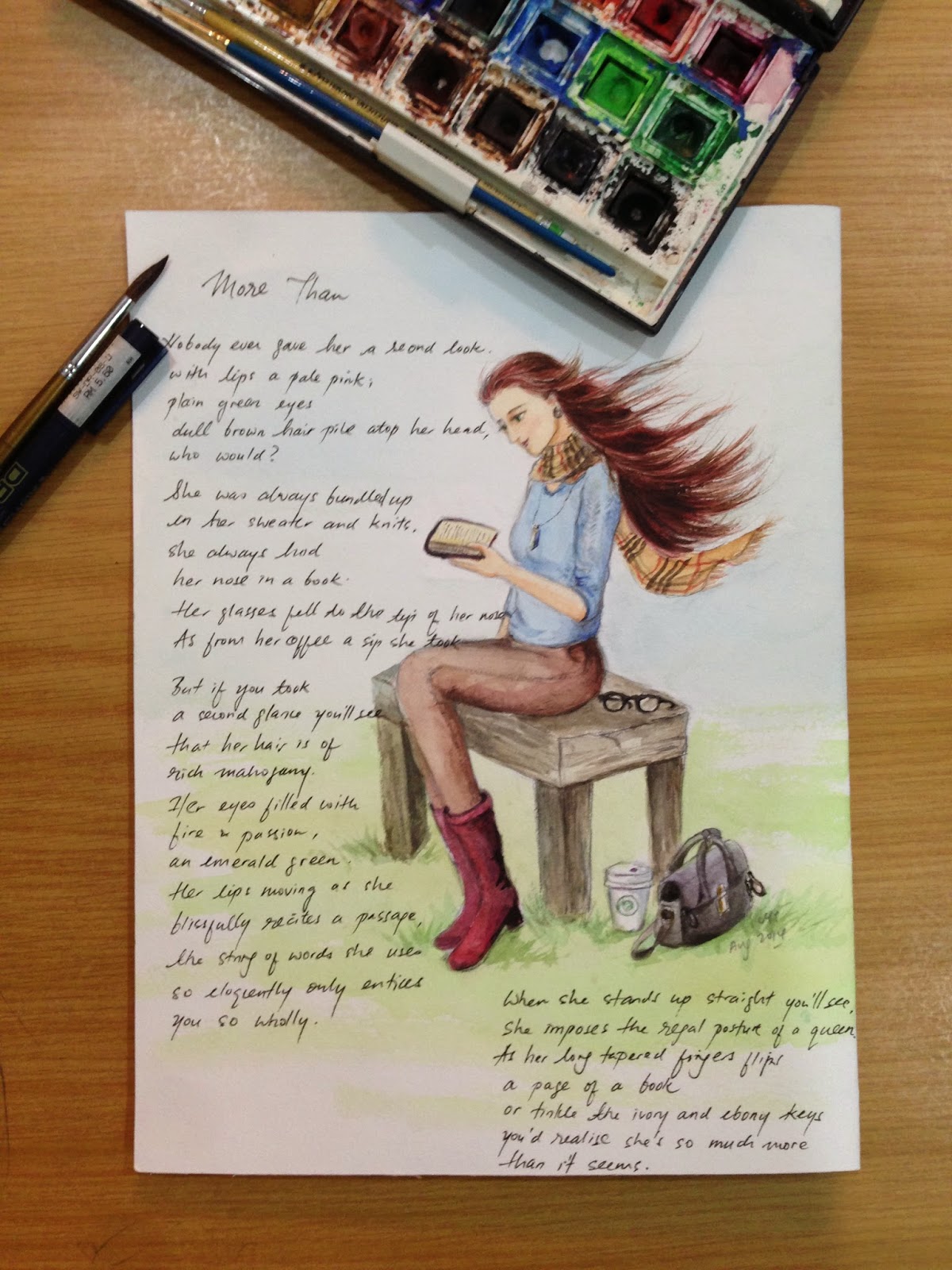 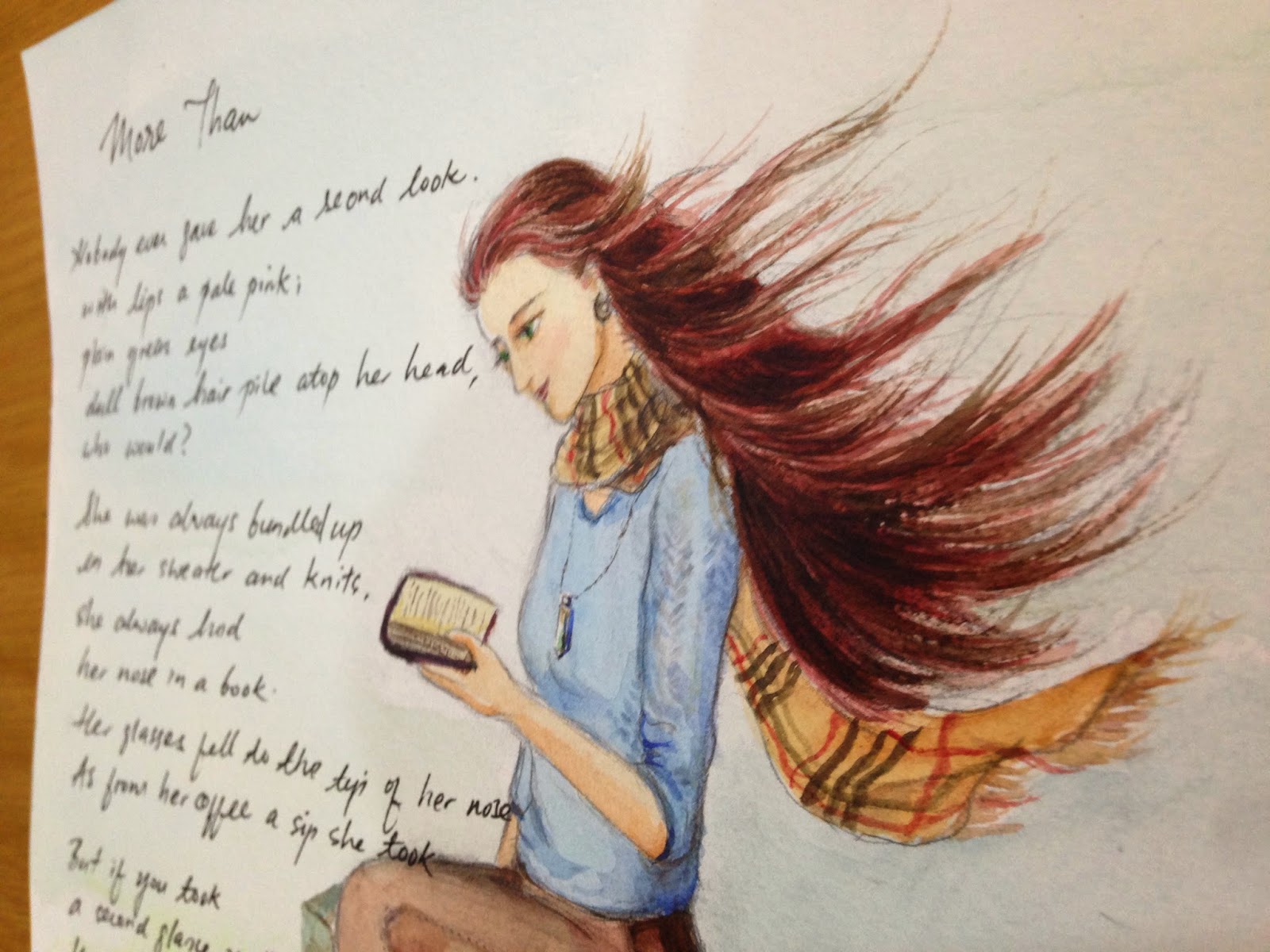 And below were what she wrote when she was very young... 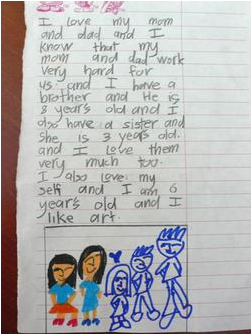 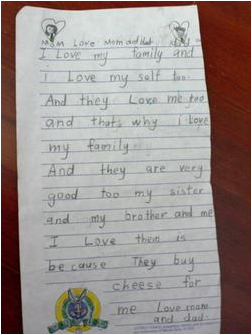